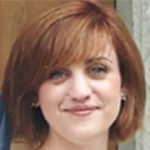 Giulia Ancona works as a lawyer in Trento and has been part of the Osservatorio Antitrust since 2015. She obtained her Master degree in Law at Trento University in 2012, and in 2013 she obtained a LL.M. in European Law at the University Panthéon-Assas in Paris. She is tutor of the Summerschool since 2017. 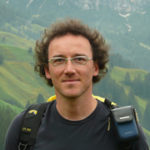 Riccardo Tomasoni is curator of geology at the Muse, Museo delle Scienze di Trento and Head of the Geological Museum of the Dolomites in Predazzo. He deals with the geology of the Southern Alps and Dolomites and projects to safeguard and promote the geological heritage. Since 1999 he has participated in the 1:50.000-scale geological mapping of Italy (C.A.R.G. project) as geologist by the geological Survey of the Autonomous provinces of Trento and Bolzano and collaborated in geological, stratigraphic and paleoecological research activities on the Southalpine sedimentary succession promoted by the Museo delle Scienze.

Scientific Direction of the Summer School 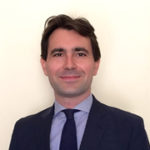 Michele Carpagnano is a partner in Dentons’ Rome office and the head of the Italian Competition & Antitrust practice, PhD, he holds a teaching position in EU Competition Law at University of Trento. Founder and Co-Director of the Trento Summer School in Advanced EU Competition Law & Economics, he is also the Founder and Co-Director of the Osservatorio Permanente sull’Applicazione delle Regole di Concorrenza. As Attorney he represents national and multinational companies before the Italian Competition Authority as well as the European Commission and he has been involved as a legal expert in several cases and class actions before domestic courts concerning antitrust infringements. Michele Carpagnano advised the European Parliament on the introduction of EU legislation on collective redress. He is author of three books on private antitrust enforcement and several articles on competition law issues.